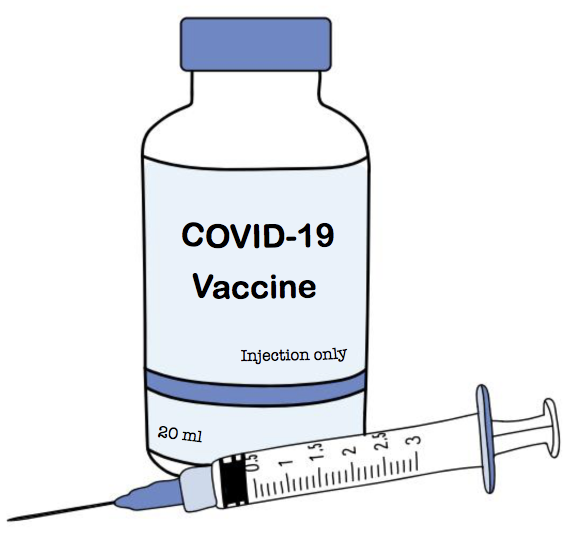 Researchers are developing more than 165 coronavirus vaccines, and 31 of them are in human trials.

Once the vaccine comes out, life will return back to normal, right? It might not be that simple. According to the Mayo Clinic in order to have herd immunity, 60 to 80 percent of the population must be vaccinated. Once a certain percentage of the population is immune to a disease, the spread of the disease within that population will rapidly decrease thereby creating herd immunity. However, current statistics from Tufts University’s Research Group on Equity in Health, Wealth, and Civic Engagement show that only around 50 percent of the United States population say they will get the vaccine once it comes out. Executive director of the World Health Organization’s (WHO) health emergencies program Mike Ryan said on the number of people needed to be vaccinated, “whatever that number is, we’re nowhere near close to it, which means this virus has a long way to burn in our communities before we ever reach that [herd immunity].” So why are people so skeptical about the COVID-19 Vaccine?

According to an article from the New York Times, “mistrust of vaccines has been on the rise in the U.S. in recent years, a sentiment that resists categorization by political party, educational background or socio-economic demographics.” But, even people who are up-to-date on all other vaccines are wary of the new COVID-19 vaccines.

Historically, many vaccines have taken upwards of ten years to develop and test before they are approved for public use. But, many vaccine developers claim they will have a vaccine available within a year.

This accelerated timeline has bred skepticism amongst many people because they think it is likely that developers are skipping necessary steps or tests and rushing to put out a vaccine that is less than effective. In an article from the New York Times, retired fourth-grade teacher Joane Barnes said, “I just feel like there’s a rush to get a vaccine out, so I’m very hesitant.” It is reported that she has received all available vaccines. She continued, “the bottom line is I have absolutely no faith in the F.D.A. and in the Trump administration.”

This mistrust in a vaccine created and released during Donald Trump’s presidency is shared amongst many Americans. “People worry that he may have secret deals with certain pharma companies, and may stand to — either his friends will profit or he will profit,” said Health Reporter Jan Hoffman, “And so, unfortunately, people are holding the product itself at arm’s length and looking at it through the lens of a political situation.”

But how can the United States Government and vaccine developer’s get the 50 percent of people who are skeptical of the vaccine on board to take it when it comes out? The New York Times reported, “Operation Warp Speed (OWS) , the $10 billion public-private partnership that is driving much of the vaccine research, [OWS] wrote, ‘rests upon the compelling yet unfounded presupposition that ‘if we build it, they will come.’’”

However, with the growing skepticism amongst Americans that the quickly released vaccine will be safe and effective, more research needs to be done into how to ensure that enough Americans will get vaccinated to have herd immunity. Researchers at the Johns Hopkins Center for Health Security and the Texas State University anthropology department released a statement saying, “If poorly designed and executed, a Covid-19 vaccination campaign in the U.S. could undermine the increasingly tenuous belief in vaccines and the public health authorities that recommend them — especially among people most at risk of Covid-19 impacts.”

In the report, researchers noted that some of the ten billion dollars of vaccine research funding should be redirected to social psychologists to investigate the causes of vaccine skepticism and provide pointed messages to alter public attitudes toward the Coronavirus vaccine.

“My fear is that we may get to the place where — we will get to that place where we have that successful vaccine. But we still have the concern for many, and a mistrust,” said Director of the National Institute of Allergy and Infectious Diseases Dr. Anthony Fauci, “And whether it’s vaccine hesitation or vaccine confidence — I don’t know what the buzz word is — but I’m worried that we don’t have a plan for how to deal with that.”