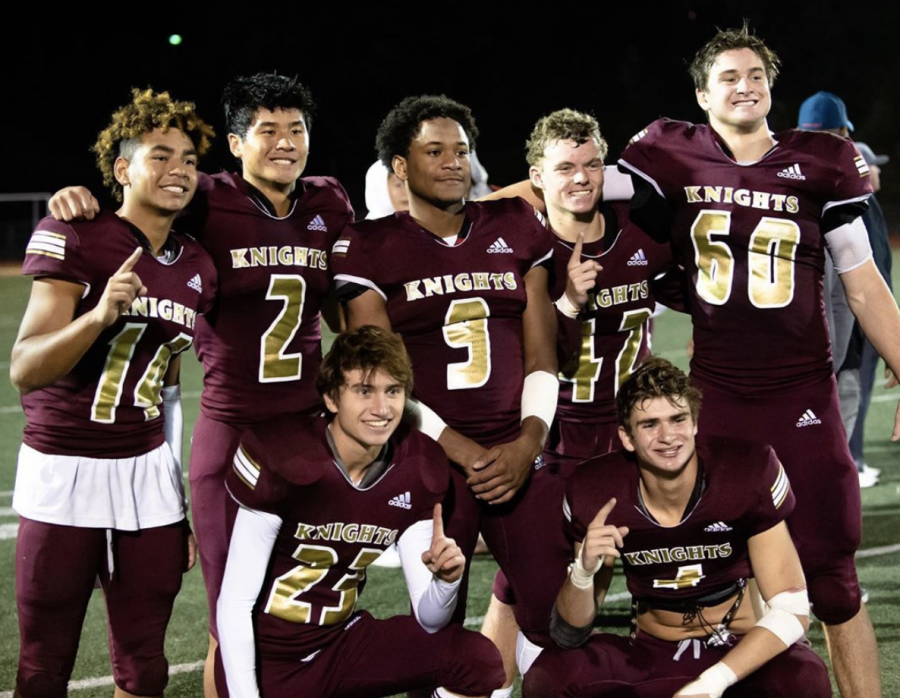 The team had an overall record of twelve wins and one loss in the Coastal League, ending the season almost undefeated. While the team and coaches will deeply miss these key players in the coming years, they know that each and every graduating senior will progress and move on to lead successful careers wherever life takes them. Coach and Assistant Director of Athletics, Shane Walton (‘98) will “miss the relationships that we built and formed over the past four years,” but he is “excited for them and their journeys to become more independent and grow.” He also is excited “for them to get to know who they want to be.”

As he moves onto life after Bishop’s, kicker Alonso said that he is “going to miss the team meals, eating with the guys, prepping for a game,” because “that was really something else.” This sentiment is also echoed by Chase who will “miss the pregame meals and Scott [Dyvig (‘22)] the most.” Along with meals and team bonding, Chase also enjoyed game time and had a total of 355 receiving yards over the season. Another team leader, Amman, had 16 touchdowns over the 13 games of the season. With many outstanding plays, Amman believed that “the summer workouts and getting to know the team were the best parts of the season.”

With many big wins this past season, it was the harder fought and closer games that were the most memorable according to Charlie, who stated that one of his “favorite games was when we beat Poway by one point to win Bishop’s first Division II playoff game.” He will continue to play football in his next few years at the University of Pennsylvania.

Like Charlie, Austin also believed that the playoff games were the most memorable. And stated that his “favorite part about the football season was beating Santa Fe Christian in the playoffs to advance to the championship,” but also “being around the team especially the seniors.” Austin also thought that the season was overall, “a great bonding experience and I made memories that will last a lifetime.”

As one of many Bishop’s committed athletes, Clarence will continue his football career at Davidson College, where he will play Division I football. During the 2019-2020 season, Clarence had a staggering total of 1792 receiving yards.

For many of these athletes, football is only one of a handful of sports they play for Bishop’s and you can continue to see them play out the rest of their senior year on the soccer field, basketball court, or baseball field.